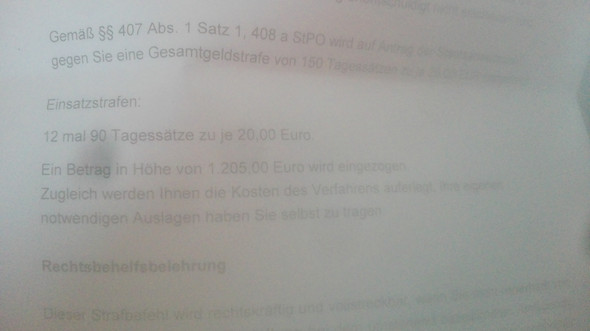 Give the first one, three or months of a PlayStation Plus membership 1 to friends and family or just treat yourself , with a selection of gift cards, available from online retailers.

PS Plus is a paid subscription service from PlayStation which gives members two PS4 games to download every month, as well as access to online multiplayer gaming, exclusive discounts from PlayStation Store, GB of cloud storage for game saves and bonus content such as skins and in-game items for free-to-play games like Fortnite.

There are three payment options for PS Plus: a monthly payment of x. At the end of your chosen payment period, your subscription will automatically continue unless you have cancelled it.

Find out how here. You can cancel your PS Plus membership at any time. Visit our Help and Support section for instructions on how to cancel. No — Fortnite and other free-to-play games such as Apex Legends, World of Tanks and Spellbreak are free to download and play online.

Users must be 7 years or older and users under 18 require parental consent, except that users in Germany must be 18 years or older. Online features of specific games may be withdrawn on reasonable notice - eu.

PlayStation Plus is an ongoing subscription with a recurring subscription fee which is charged automatically at the then current PS Store price at the frequency you choose at purchase until cancelled.

I get that they're short stories. I get that we don't need to be spoon-fed every single answer to every single question. Sometimes the scariest answers are the unknown.

I often like when things can be left up for interpretation. It can very effective, when done correctly.

But at the same time, sometimes when things are left too open-ended it just kind of falls flat. It feels anti-climatic and just too unresolved.

Also, I prefer when short story series like this have some way of linking them all together in the end. Some kind of glue to somehow connect it.

Instead we have four random stories that are just Like others, my favorite was The Box. I wish they went a little further with that story, even if they didn't reveal what t was.

I kind of, almost, sort of enjoyed The Birthday the second one. I mean, imagine what a horror that would be the Panda accidentally revealed to the kids.

However, at the same time, I just don't understand the character's motive. I get why she didn't immediately phone the cops.

I can suspend my disbelief that far. It's her kid's birthday, she doesn't want to ruin it again, normal people would phone the cops but suspending my disbelief for that.

But what would ever posses her to put him there in the meantime, in front of everyone, as opposed to, say, keeping him in a closet?

Hiding him? The third story, uhh, I don't get it. The fourth was odd too, but I found the third to be the worst. About the birthday party, I thought it was gonna be really creepy if the costume started moving around as if it was alive, and the only one who knew was the wife.

Just finished this movie. If nothing else, The Box and Birthday Party succeeded in being fairly disturbing. The Christmas scene was pretty heavy, watching this family carry on like normal while they were knowingly wasting away.

As far as my guess at what the box itself contained, I'd have to venture it held some grand cosmic secret.

Something that once revealed warped the victim's mind into some sort of twisted understanding. Watching the characters almost immediately change and losing all desire to eat, perhaps a metaphor for living itself, suggests this.

Their lack of concern for their self inflicted starvation suggests they understood a great truth about life. Either way, it had a similar feel as Home Movie, in its use of subtle damnation as others were forced to watch on helplessly.

Honestly though, I thought the scariest part of the whole film was the in-between bit with that fucking doll house. That shit creeped me out.

Hated it. The premise was awesome, but the execution and the editing my god that editing reminded me of this. Every time I got an inkling of mood, or thought it would settle into some more exposition or narrative, BAM!

We're yanked out and thrown into the next day or setting. Just was not fluid at all. That just sounds like something a guy on 4chan would say as he tries to bring race and politics into everything.

Honestly I don't get the hate, but maybe it's because I love movies about "cosmic" topics. I'm very grateful that I read a spoiler about the viewers never knowing what's in the box on Netflix prior to watching this.

It would have been a letdown, otherwise. I wasn't impressed by any of the segments but I personally thought this one was probably the best; or at least tied with Kusama's segment.

I'm a little surprised at how many people seem to feel The Box was the worst. I would say "The Party" was the worst I agree.

Not just because it leaned towards comedy but because it just wasn't funny. An unfunny comedy is painful. What was in the box? The man, on the train, holding the box was Satan.

The box contained an evil spirit. When the man Satan opened the box, the boy was possessed by the evil spirit, which took away every thing good in his life and his will to live.

The boy was able to pass the evil spirit to his sister and his dad, affecting them the same way. If you think about it the movie watcher is in some way the mother in the story since we never really see what's in the box and we are "hungry" to find out what's in it as much as her.

All in all I found the short good, I've seen enough movies that live it up to the viewers imagination to not be bothered by it.

My thoughts on the other shorts- The birthday party one was lame I didn't understand her goal. Why dress him up in a panda suit when you could have just stuffed him in the office closet.